Over in the UK there's a wonderful guy, Thomas Hilton and his label Aldora Britain Records , who scours the world for beautiful music by hard working indie artists and releases his compilations via bandcamp. He was kind enough to include two of my songs on this 25 track collection entitled Pogue Mahone!  There's a lot of beautiful artists on here I am hearing for the first time, check 'em out!  Track #13 is "Don't Go Looking" a solo acoustic blues off of my "Love's Been Sold"  EP released earlier this year and track #21 is oldie but goodie "Dollars to Dust", my duet with Ramblin' Jack Elliott from 2003.

Also below are screen caps of Thomas' posts on the ol bookface which you can see here too: https://www.facebook.com/profile.php?id=1249501432

Also, below is the video I cobbled together for my song with Jack & some footage from opening for Dave Alvin in San Diego: https://www.youtube.com/watch?v=qP85puLJaek

Note on the following Sunday story: Here's my story on the Sunday show of the Beachlife Ranch Americana festival in Redondo Beach for the Easy Reader newspaper - I missed Saturday's show, and I posted the Friday story here a few days ago. Additional photos by JP Cordero Beachlife production/Easy Reader News and Mike Balzer Easy Reader News.

Additional note; In all fairness to the staff sound engineers I rant on in the Greensky Bluegrass section, the terrible sound could also be the bass player's clueless cousin Bob on sound, or just a crappy touring engineer, which also happens... 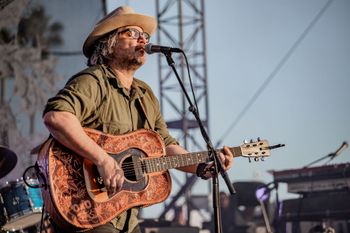 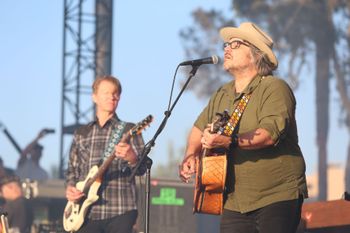 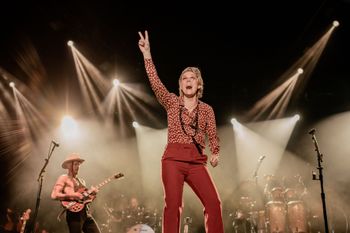 Here's the print version of the Sunday Beachlife Americana Festival in the Easy Reader news. I was a little surprised (pleasantly so)that the editor left my sound engineering rant in there, which was nice - that shit drives me nuts. I am not surprised, however, that he cut cut the following !!!Seen here only!!! rant on the commercialism of it all, perhaps I got carried away, but it has become so ridiculous...

I do have some questions for Beachlife Festival founder Allan Sanford and/or any other authorities in charge. In talking to some folks performing security duties for the festival, I learned that they were volunteers, along with the civilian volunteers I learned there were approximately a hundred Marines from 29 Palms also volunteering over the weekend. It was explained to me that their volunteering hours went towards their annual ceremonial ball.

First question, did Beachlife send any money to the Marines? If not, are the hours going towards their ceremony on our tax dollar? If this were solely a charity/fundraising event I would understand the volunteering. I do see that the festival donated checks ranging from $60,000 to $120,000 after previous respective festivals, so there is obviously non-profit donations happening and bravo for that - but it still begs the question; is there personal profit here on the backs of volunteers? Is the profit margin on those $15 cans of beer so thin that it requires volunteers instead of paying people for their time for working a corporate sponsored, for-profit event? What was the total profit margin for the festival that will not be donated if not all of it will be donated?

How about hiring some local South Bay people that could use the work?

Consider the ticket prices, unfortunately since the show is over, the ticket price listings are all down so I am approximating from memory here. Roughly a single day General Admission (GA) pass was close to $160, now get this, for an extra $20 you could purchase a GA + pass which gets you nothing other than the privilege to exit and re-enter the venue, a 10-hour event, and they have the audacity to extract yet another $20 from you just in case you need to go to your car or wherever. Think about that, they provide absolutely no services or entertainment for that extra $20 – greed much?

The three-day high-end passes with all the VIP access were nearly $3,000. On top of those listed prices, there was the ever “popular” “convenience” fees which I think were over or near $60 for the day passes and nearly $200 on the high end. I wish just one promoter would have the balls to just list the singular accurate price of a show instead of insultingly adding fee after unexplained fee, as if that is somehow a nicer way to gouge the public. Seriously, how about a line by line budget breakdown of where these b.s. “fees” go?

Well, for no small cost, we do still get to enjoy the music at least. Make no mistake though, with gouge level ticket prices, $15 cans of beer, $14 hot dogs, $70 Beachlife sweatshirts, $90 junk cowboy hats and the silent auction of brand-new guitars signed but un-played by some of the performing artists selling for ridiculous amounts… festivals these days, above all else, are huge and shallow money grabs. The peace & love communal musical spirit of Woodstock 1969 has long since sailed. 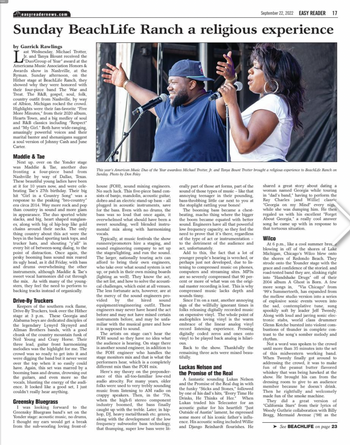 More of my photos of the amazing John Doe Folk Trio performing at the Beachlife Ranch Americana festival in Redondo Beach - I covered it for the south bay weekly newspaper, the Easy Reader (posted here a few days ago). The official photographer hadn't arrived yet so I did the best I could with my crappy phone. 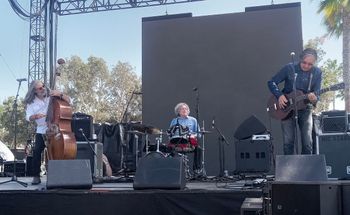 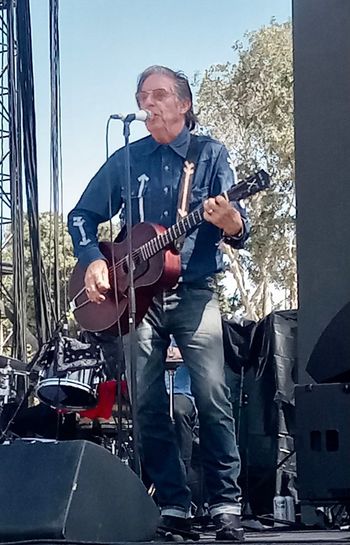 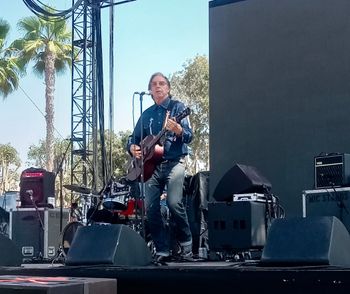 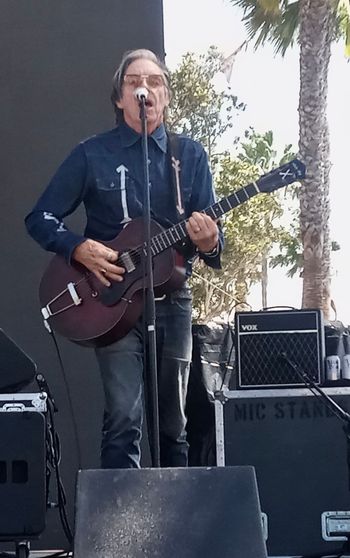 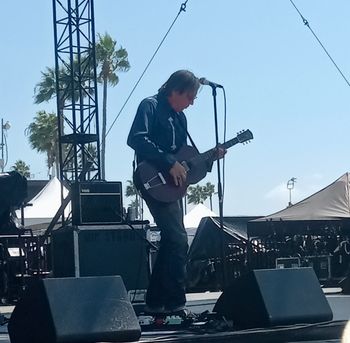 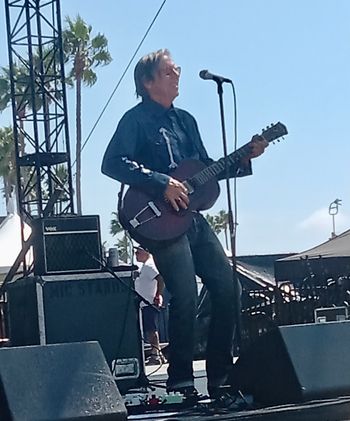