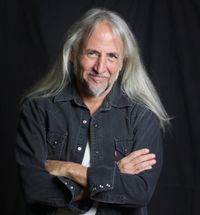 Thanks for joining me here for the ENEWS live show! - you can tip or donate if you’d like. https://www.paypal.me/garrickrawlings Zelle: garrickrawlings@mac.com Venmo: Garrick-Rawlings More info: http://garrickrawlings.com

Solo live in the lounge! 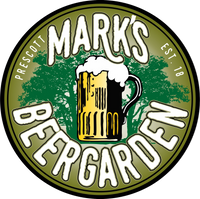 Solo live in the lounge! 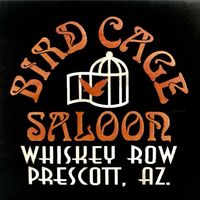 A whole afternoon of me! Come down and hang with me! There will be me. 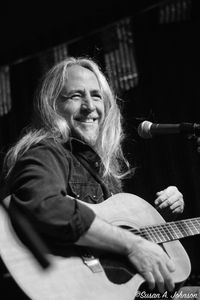 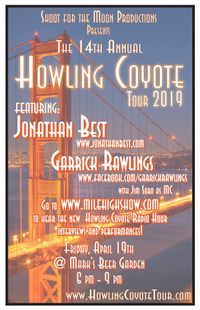 Performing two sets for Jim Sobo's Howling Coyotes Tour - come on out, it's going to be a reeeeeaaal Good Friday! 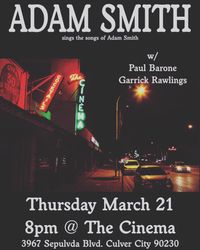 Doin' an opening set for Adam Smith and Paul Barone - at the best roots music club in LA!

Hey! - Great event at the Elks Theater in Prescott tomorrow (Saturday Evening) - I will secretly be there as a guest artist to sing a song; check out the details below:

“When you turn on The Folk Sessions what you’ll hear is music with its roots in the stuff of real life” Join us in celebration of The Folk Sessions, Prescott’s longest running local radio program, broadcasting for 16 years on Prescott Public Radio, part of the Arizona Community Radio Network.

The GIANTS of Folk - Art Podell, a familiar name of the folk era as part of the highly respected Greenwich Village duo Art & Paul and as a charter member of the New Christy Minstrels, will host a musical tribute to the GIANTS of Folk, featuring the music of Bob Dylan, Peter, Paul and Mary, Hank Williams, Woody Guthrie, Joan Baez, Townes Van Zandt, and more, including stories, incredible music, and shameless fabrications. Along with popular Peter, Paul and Mary tribute band, McDougal Street West, two-time Phoenix Blues Showdown winner Eric Ramsey and Robby Roberson team up to re-imagine songs by Bob Dylan, The Lonesome Whistle recreates the songs of Hank Williams and some of the Folk Sessions favorite musicians pay tribute to the GIANTS of Folk, including Gail Steiger, Brad Newman (Woody Jr), Parker Smith and the Fare Thee Wells.

Solo Live on the Mountain 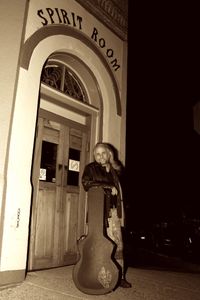 My "welcome home" gig after three + months in California. 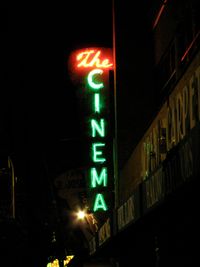 This is my LA album release party!

Best BBQ in the whole area -Chino Valley's best secret! Come on out! 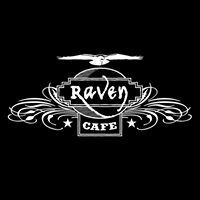 Celebrating the release of my new self-titled release. Will perform the whole album in order with some narrative, along with other songs and tales. 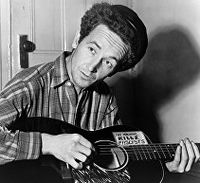 WOODY IN THE WOODS FEST

A Celebration of the 75th Anniversary of Woody Guthrie’s Columbia River Songs.

Hey - fillin' in as host, lookin' forward to it - come on up and blast a set! 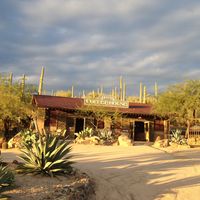 Sunday Evening on the patio in Cave Creek - this is a lovely venue with great folks running it - Julian & Jodie - come out!